About G2P is about Gene

Gene has been working at play since he was a kid.

From the time his small audio cassette recorder’s erase head broke when he was 8 years old, Gene Ganssle has been creating different characters, multi-track recording and producing creative stories. After graduating with honors from high school in Tempe, he went to the University of Redlands’ Johnston Center in California and majored in Theater and Communications. In 1983, Ganssle attended University of East Anglia in England as a sponsored exchange student with the Proudian Honors Program and was the first American intern for BBC television in Norwich, England. While there he performed and produced theatre, shot a documentary and wrote a column for his school newspaper. Also while in college, Ganssle made music videos, DJ’d at the radio station, KUOR, did news reporting and made original radio dramas on reel to reel tape until he graduated in 1985.

Returning to Arizona, Ganssle worked for a variety of theatre companies as an actor, including Mill Avenue Theatre, Phoenix Children’s Hospital’s Project Prevention, Aurora Mime Theatre, Actors Theatre of Phoenix , Phoenix Theatre and Phoenix Theatre’s Cookie Company, where he not only acted, but stage managed and produced award-winning sound designs with original music and sound effects. Ganssle joined Actors Equity performing in Shear Madness with Theatre League in 1995 and has been working professionally as a union actor since. He would also produce live events with various companies, including Encore Entertainment, Quantum Leap Productions and a variety of local non-profits. He also directed full productions for Southwest Shakespeare, Cookie Company and Arizona Jewish Theatre. AJTC later hired Ganssle to administer their Arizona’s 21st Century Grant, which would bring nine arts organizations’ after school programs to a dozen South Phoenix schools, aiming to raise test scores of at-risk youth through the Arts. By the end of the five-year program, Ganssle was working fully in digital video production for nonprofits, theaters and others. Clients of G2 Productions include the Arizona Veterans Hall of Fame, Phoenix Theatre, The Hopi Talent Show, Miss Arizona USA, The Veterans Heritage Project, Cannedy Dance Center, Tandoori Investments, The Wallace and Ladmo Show, The Arizona Department of Health Services and Runbeck Election Services, among others. 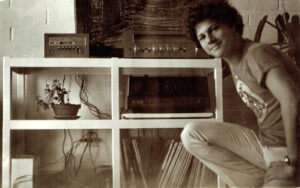 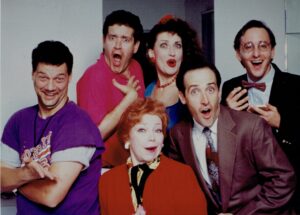 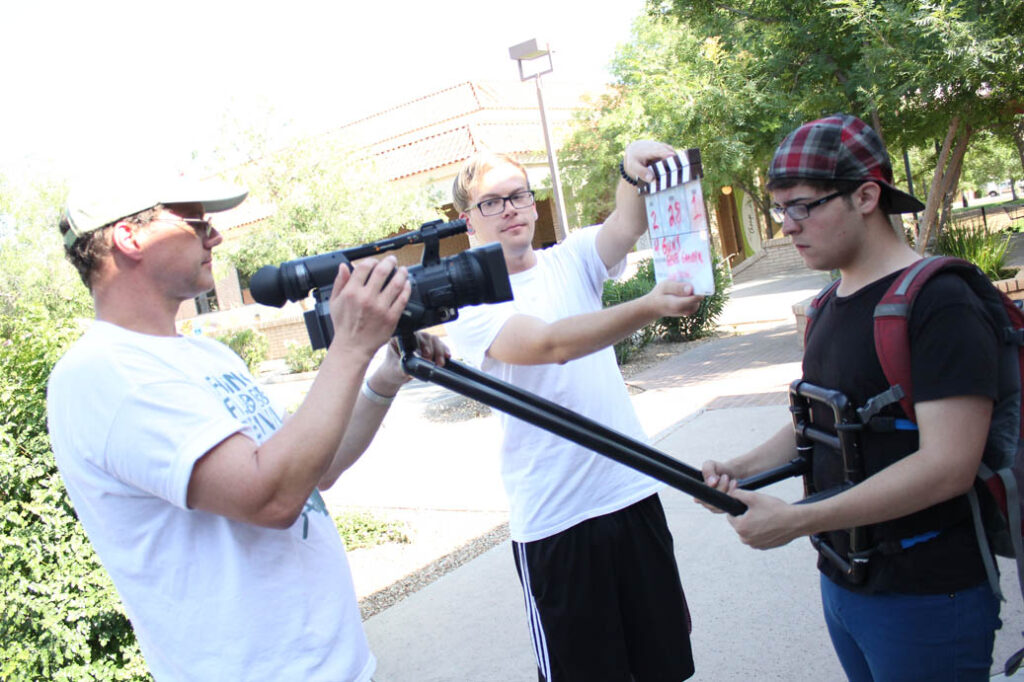 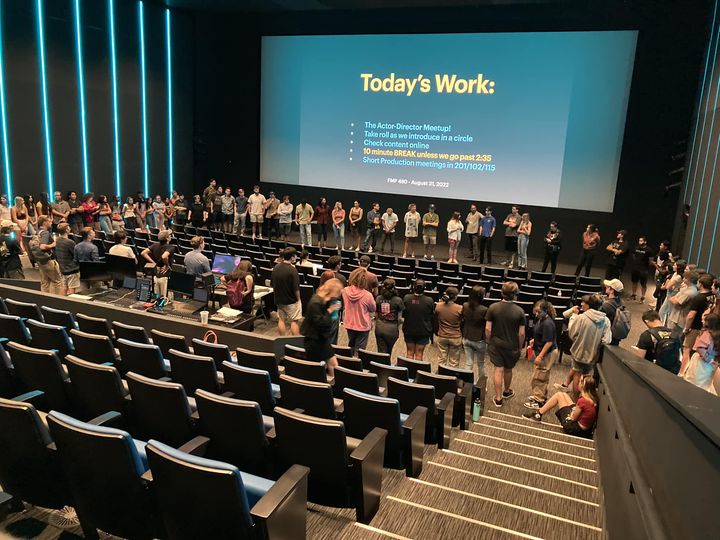 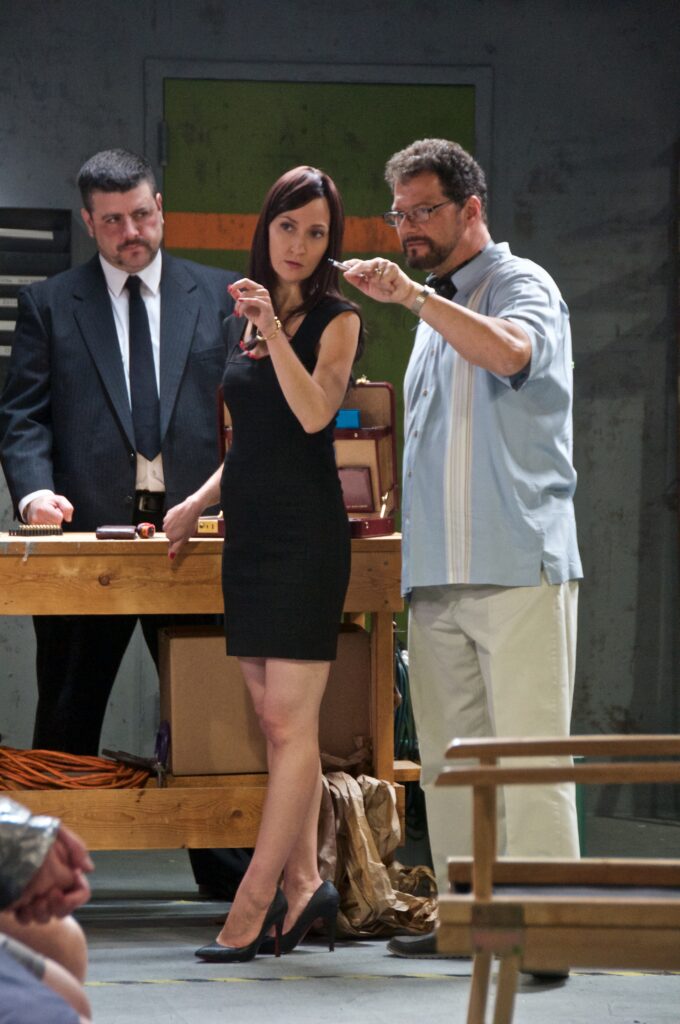 From TV to Teaching

Gene expands his skills and his educational work.

By 2005, Ganssle was teaching at the college level. In addition to workshops for Verve Studios and Dani’s agency, Ganssle was hired to teach screen acting at Scottsdale Community College. Later, an advanced screen acting course was developed as well. This led to Ganssle being employed in 2009 as a faculty associate in the school of Film Dance and Theatre in the Herberger Institute for Design and the Arts at Arizona State University. Again, beginning with one course on screen acting, Ganssle was soon teaching video production, independent film, audition techniques and designing an advanced screen acting course. In 2012, Ganssle became a full-time lecturer at ASU.

In 2015, ASU was engaging students in summer feature films, including Hollywood talent and professional-level production. Ganssle was producer/director for the feature film Postmarked, produced at Arizona State University with student interns, faculty and alumni assistance. Half of all proceeds are dedicated to ALS research at Barrow Neurological Foundation in honor of screenwriter / playwright Ron Hunting, a victim of the disease.  Students from this production have gone on to work for Marvel, Sony and others.

The Community Work we do continues in 2023.

Along with artistic work, Ganssle has developed curriculum, workshops, and community outreach in what is now the Sidney Poitier New American Film School at Arizona State University. During the Covid pandemic, as assistant director of undergraduate studies in the School, Ganssle adapted Hollywood’s strategy to resume production using guidelines from the Los Angeles Health Department. The New American Film School Safety Protocol allowed ASU to continue student film production while other universities ceased production. As a result of this protocol, not one covid illness occurred on any of the New American Film School’s capstone sets in 2020 and 2021.

Since then, additional safety procedures, committee work and course development has been Ganssle’s priority as The Sidney Poitier New American Film School continues its work at the Media and Immersive Experience Center, or The MIX, a $75 million production facility at Mesa City Center, dedicated to film studies, production and VR/AR/XR projects. Ganssle is now an Associate Teaching Professor whose future academic initiatives include a multi-camera acting/production project, a VO/narration/looping course and a documentary project with AZ theatre companies, Theatre in Full Color, in 2023. 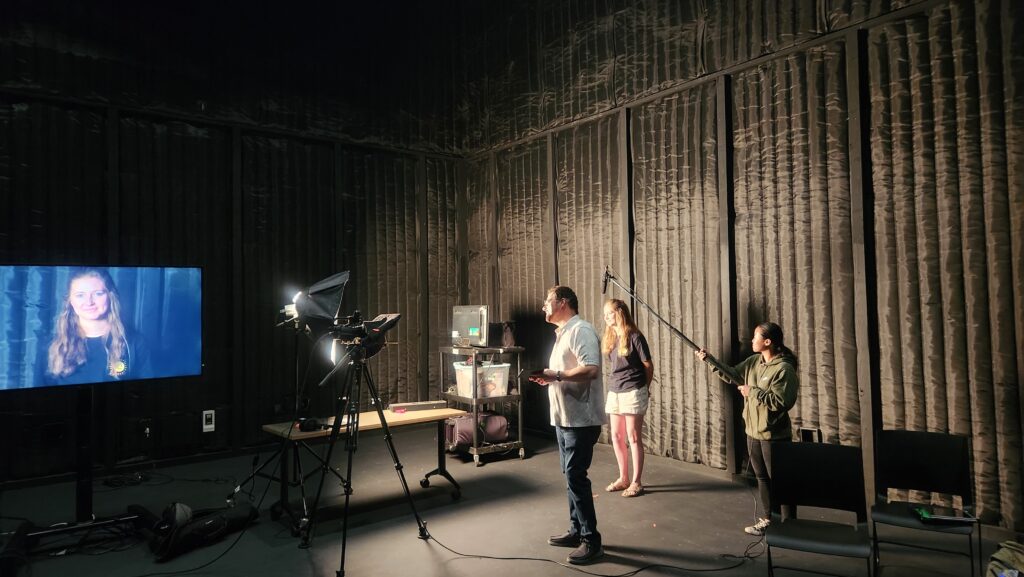 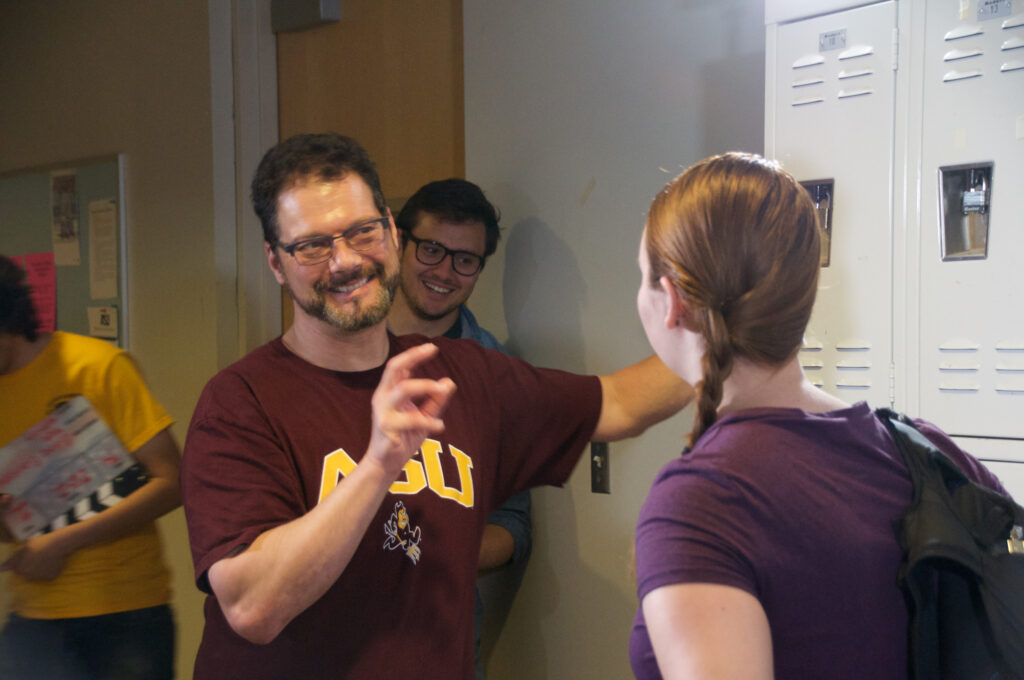